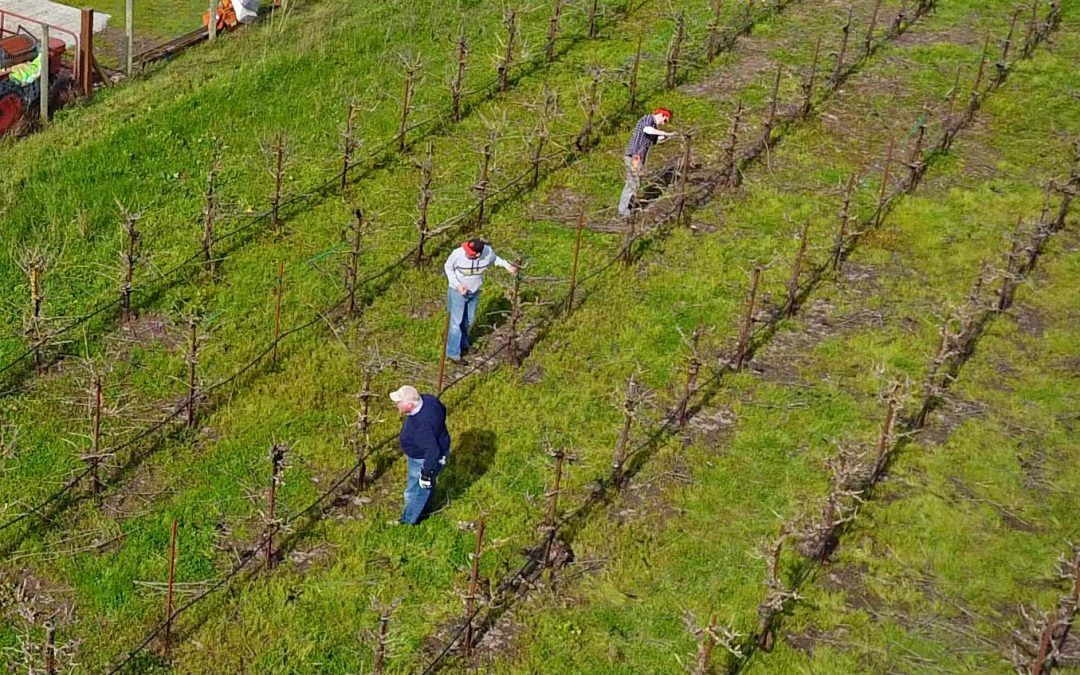 During the cold winter months, when wines are resting in the cellar and the vines lay dormant in the vineyards, one of the most important stages of the winemaking journey is happening. Often overlooked, pruning not only shapes the upcoming harvest but the trajectory of a plant’s growth for years to come.

Pruning removes last year’s shoot growth that is no longer needed for the upcoming harvest. Pruning decisions help shape the growth of the plant for the next two years and beyond. The major goals of a successful pruning job include shaping the vine, allowing proper shading, eliminating mold (from too much moisture), managing fruit yield, and controlling vigor. The general goal is to reduce yield as lower yields tend to provide for higher quality. However, each vineyard and each plant is different. Over time, a balance is developed between a vine’s fruit yield and the growth of shoots, leaves, and tendrils. This balance helps determine the quality of a harvest.

There are three basic types of pruning, depending on how a vine is trained:

Common among Zinfandel vines; these vines are self-supported and as such it’s one of the oldest forms of vine training methods dating back to Roman times. The vine is cut down to a number of short spurs which will typically grow two shoots (containing fruit) for every spur.

Using a trellis, these vines contain canes from last year’s growth. These canes are laid out on the trellis, and they contain a number of shoot positions along with the cane that will produce the coming year’s fruit.

Cordon-trained vines have large arms or “cordons” that hold several spurs along the arm. These spurs are typically cut down to two shoots similar to head-trained vines, but the spurs are aligned in a row along the cordon.

Even as the previous harvest comes to a close and the winery quiets down, a vintner’s work never ends. Pruning is one of the most important steps in crafting high-quality grapes and subsequently, great wine. The process of removing last year’s growth signals a new growing season, bringing optimism that the upcoming harvest will be the best one yet.

You have Successfully Subscribed!